Read about Good News in our community! Birmingham Christian Family magazine exists to share with the community the Good News of Jesus Christ and help businesses grow through advertising. As a part of our mi 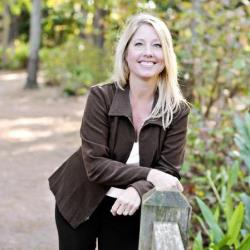 Laurie Stroud is the founder and President of The Christian Family Publication, Inc. (CFP). She started the company and published its first magazine, Birmingham Christian Family, in 2000. Since then she has franchised similar publications in other southeastern cities including Anniston, Gadsden, and Mobile, Ala. as well as Nashville, Tenn. The mission of the publications is to reach people with the Good News of Jesus Christ and help businesses grow through advertising. Laurie grew up in Birmingham, Ala. the daughter of Lutheran minister J. Mark Kuehnert and his wife Marlys. She attended Vanderbilt University and graduated with honors in English. She pursued a career in broadcast journalism and later public relations. She founded and served as editor of a national health publication before beginning CFP.